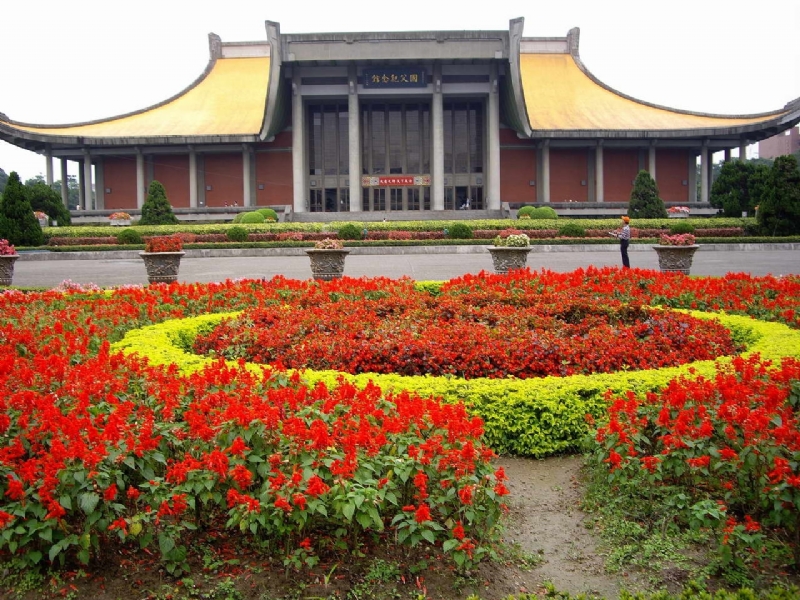 National Dr. Sun Yat-sen Memorial Hall was built to the centenary celebrations commemorating the nation founding father, Dr. Sun Yat Sen. Locating at Taipei, Xinyi District, constructed with magnificent architecture and tranquil environment covering a total area of one hundred fifteen thousand and five hundred (115,500) square meters. The government began to draft the building of the memorial hall in 1964. The current memorial hall was established with the blueprint of Wang Da-Hung and first opened on the 16th of May, 1972.

The principle of this memorial hall is not only a place for the remembrance of the nation founding father, but also functions as different usages, such as cultural education, academic research, and leisure recreation. Free multilingual guide tours are offered in English, Japanese and partial European languages. Brochures in English, Japanese, German, French, Spanish and Korean are also provided for the ease of tourists.

Within the National Dr. Sun Yat-Sen Memorial Hall, a library contains about a total of one million and four hundred thousand books are for public goods. Moreover, the spacious hall also allows tremendous performances and exhibitions to be held. The hall is capable for holding more than two thousand and six hundred (2,600) audiences. In conclusion, the memorial hall is an intellectual and leisure attraction for all visitors.